Posted 20 minutes ago by Gene Fairbanks in Science & Technology 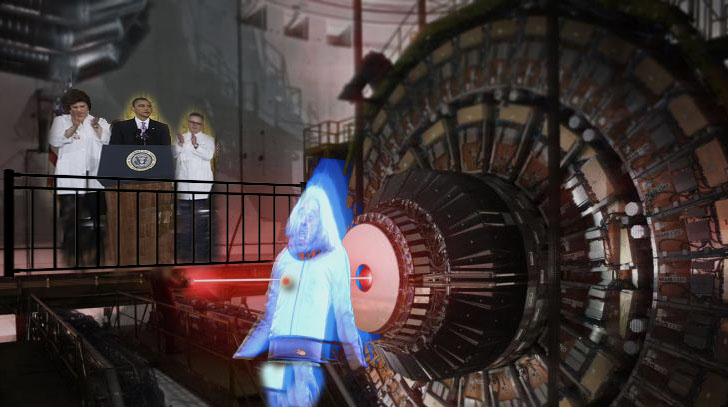 Undated photo:  A Christian screams out in agony as his soul is ripped from his body by the Large Hadron Collider.  In the background, Barack Obama and liberal scientists from the UN applaud and look on with pleasure.  The machine is designed to torment Christians, destroy Jesus, capture souls and usher in a new age of Liberal Darkness.

For those who do not know, scientists have created a super weapon — a particle accelerator — to wage war against God himself.

The harrowing image above was sent under the condition of anonymity to my email by a loyal reader who is a mole within the Obama administration.   A Christian cries out to the heavens as the Large Hadron Collider rips the ‘God Particle’  –his immortal soul — out of his body.

The machine has proven that it can destroy or capture souls and is even powerful enough to capture one particle unit of God.  An Archilluminati named Nicolai Higg-Boson invented the powerful machine that can rip through space-time, as attested by Professor Stephen Hawking.

Several weeks ago, the machine miraculously exploded into a ball of heaven ordained fire.  A heavenly force fried the circuits of the machine to free a God Particle Obama and liberal UN scientists were holding hostage.   This greatly angered Obama and in a symbolic gesture of defiance to Jesus, Christians and the rest of the moral world, Obama made repairs to the machine and ordered scientists to turn it against Christian hostages today on Easter.

Why Is Obama Using Technology To Rip Souls From Christians on Easter Sunday?

This already troubling expose takes an even more sinister, dark turn.  In Silicon Valley, the technological haven of Obama’s liberal empire, seeks to learn the secrets to immortality.  Just as scientific fact of the Bible predicted, a new political class of people seek to become gods and rule over all humanity.

Calling themselves the ‘Tech Titans’, these new-aged pharaohs are searching for immortality.  They believe by the use of science and technology, they can gain enough power to destroy Jesus and thus leave Christians vulnerable to their crazed demands.

We’ve already seen them become more bold as they force Christians to accept things like gay marriage as normal.  But things will only get worse if they are allowed to capture God Particles and infuse them into their living DNA.  Obama is aligning himself with the most brilliant, innovative technologies of the modern era, all in effort to become the New God of the Illuminati.

It is no coincidence that on the day Christians celebrate Jesus giving his life so that everyone my have the gift of eternal life, that Obama reactivated the Collider and is ripping the immortal soul — a gift of love — from the bodies of Christians so he can use Jesus’ gift as a means to take over Earth and usher in a New Dark Age. 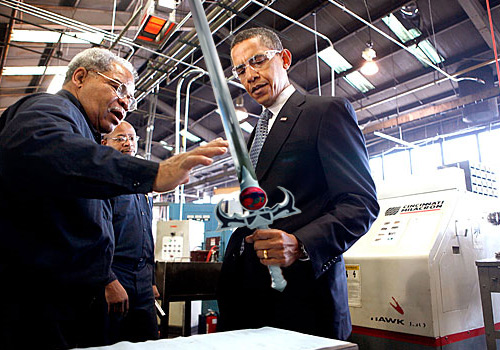 Obama's association with the Illuminati and his increase in power is obvious to the true believer.   The Bible predicts that during a dark age near Earth's end, great 'kings' would rise and be worshiped by their followers as gods among men. Biblical science verified that in these dark... 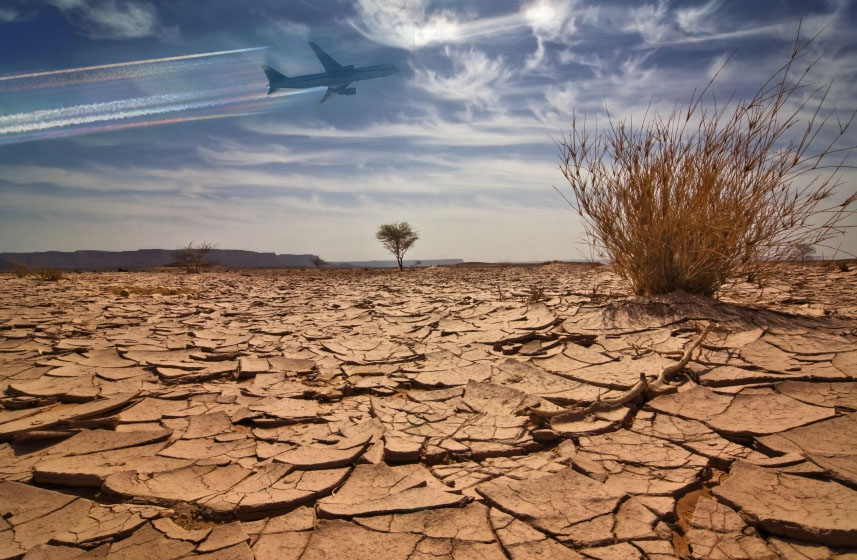 New Obama sanction homosexual chemtrail missions are altering California's ecosystem.  While Californian males are being converted to homosexuality and using excesses of water in their new lifestyle, the chemtrails are also directly destroying plant life and contributing to famine... 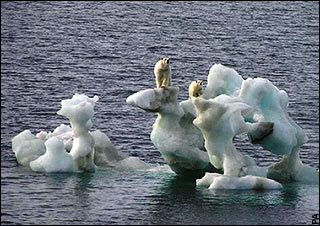 Polar bears are drowning alive in the Arctic Ocean and gay marriage is to blame. The Bible warns of the dire consequences of allowing gay marriage, so it is no surprise to see science prove faith more and more in these modern cruel days, and evil hours. At right, we can see Polar Bears...