Proof: Chemtrails Being Used to Chemically Infect Men with Homosexuality

Proof: Chemtrails Being Used to Chemically Infect Men with Homosexuality 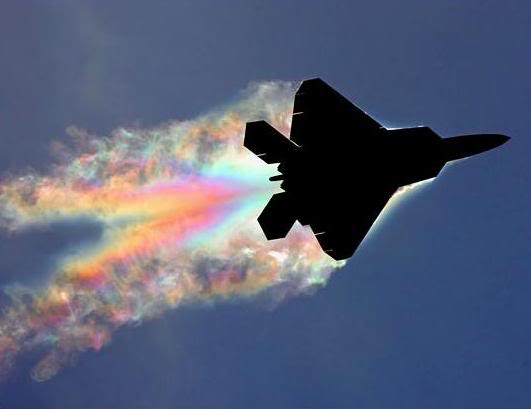 Why are so many men undecided on their homosexuality?  It used to be you were either Johnny Cash or Pavarotti, blue jeans or leather chaps.  Now men get married to wives and have children, yet secretly lust for weekend trysts with Cabana boys in Cuba.  We have seen sterling Republicans and church pastors fall down the murky, turgid pits of homosexuality and up to this point, we have failed to ask the most important question.  Why?

Well, thankfully the image above was mailed to my inbox by reader Dan W. from Oregon.  Dan came across this image and professors at his university confirmed the chemical being shot from the back of this jet is a homosexualized version of a drug very similar to crystal meth.

The bright, alluring colors are the ethyr vapors of the same substance used to make carnival glass, which you will likely find adorning the mantle or curio cabinet of a gay man’s well decorated pad.   When the toxic gas enters the lungs, it causes the body to feel sweaty and primal, primed for intense doses of foreign testosterone.

The history of Homosexual Chemtrails is actually honorable.  During the Reagan era, the chemical was actually developed to weaken the armies of the Soviet Union.  Instead of fighting the might of the USSR, Reagan plotted to use clever techniques such as Star Wars, prayer and chemically-induced homosexuality to throw Russia into a state of chaos.

The plans worked.  Reports of Russian soldiers braving Siberian winters ‘beneath the sheets’ became that of legend, Vladimir Putin still showing latent signs of rugged homosexuality that even he could not fight off.

More recently, US jets flew sorties over North Korea, attempting to weaken Kim Jong Un’s reign over the nation by altering his DNA to have a higher affinity for homosexuality.  The government photo at right shows the success of those efforts, as we can see the leader posing in a Greek-styled sauna in a blue dress, his pleasure men tending to his every whim.

If you notice a once stable man in your life showing signs of homosexuality, perhaps he’s a bit snippier or sassy, or just enjoys finding new recipes on HGTV or sharing heartwarming stories from the Ellen news feed on his Facebook wall, suspect that these chemtrails are responsible and it is all part of the Obama administration’s plan to lower the US birthrate by causing men to use all of their energy seeking the loins of other men.
Show 22 Comments