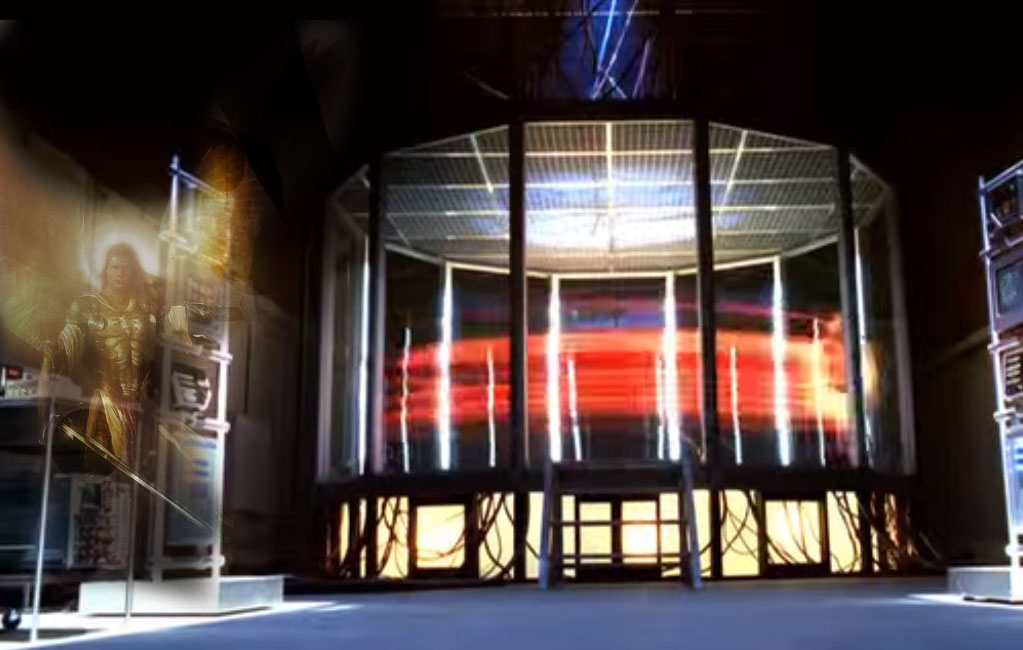 Only days after Pope Francis performed a miracle signaling a ‘major act of God’, the archangel Michael seems to appear in this undated photograph brandishing his sword next to the capture God particle (red streaks) in the CERN Large Hadron collider.

As I reported months ago, liberal scientists Neil DeGrasse Tyson and Bill Nye were complicit in an international conspiracy to positively promote the CERN Hadron Colldier, a particle accelerator created to destroy God and create a new age of liberal darkness.

Paid-off scientists will tell you that the Hardon Collider is mean to advance our understanding of particle physics, but its true purpose is more sinister and tied into Biblical prophesy.

Professor Stephen Hawking played whistleblower and revealed the fact that scientists, with ‘black ops’ funding by President Obama, had managed to capture a particle of God in the collider. Hawking gained access to the accelerator and warned that if the God particle was not released, it could create enough kinetic energy to rip a hole in space-time and destroy Earth. Obama silenced Professor Hawking and nothing more was said of the particle’s status, until now:

One observer at CERN noted that a ‘figure that resembled the archangel Michael’ appeared and appeared to strike the collider with a ‘sword like object’.  Scientists were shocked and baffled, fleeing in panic as they only saw a series of intense bright lights.  When the chaos stopped the BBC revealed that the collider’s circuits were ‘all shorted out’ and something had cut through the machine ‘like a knife through butter‘.