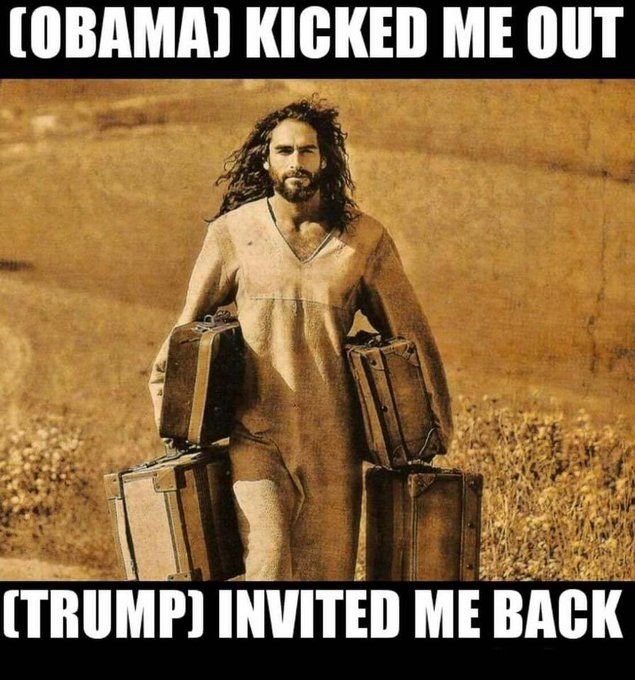 Trump took to Twitter earlier today to Tweet about how much more Jesus likes him than President Obama.

Trump thanked Jesus before posting the meme for his followers to share:

Since taking office, Trump has taken sharp criticism to the point that many speculate Trump is not actually Christian but only a demagogue who knows how to rally Christian support.