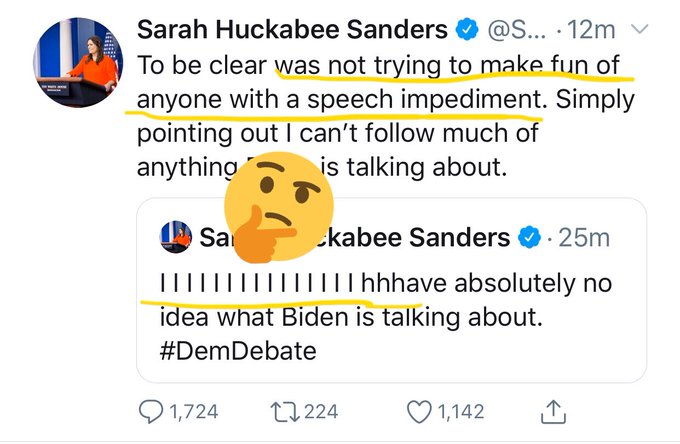 Sarah Huckabee Sanders has been busy deleting tweets after mocking people who speak with a stutter.

Sanders’ gaff came during the televised presidential debates. Biden, who overcame a major stutter during his youth, had some slight moments of stuttering.

Amused by disability, Sanders took to Twitter to joyfully mock Biden and show no empathy to those who overcome adversity and disability:

Sanders quickly realized her mistake as Americans responded and criticized her mocking people with disabilities. She immediately deleted the Tweet, but not before Joe Biden himself reminded Sanders that her behavior lacked empathy:

Many others have voiced concerns that the current administration and those associated with it have deviated from core Republican values of decency and Christ-like compassion for others.