Gay Marriage Is To Blame for Baltimore Riots

Gay Marriage Is To Blame for Baltimore Riots 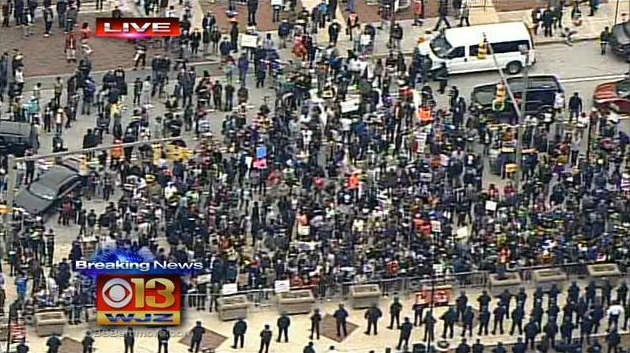 As media tries to pinpoint what is causing so many people in Baltimore to riot, there is one surefire culprit that cannot be overlooked:  gay marriage.

A quick analysis of the degradation of morals in the Baltimore, Maryland, area shows a blatant correlation with the state’s 2012 legalization of gay marriage.   Before gay marriage invaded in 2012, Maryland was a peaceful state:  the African-Americans there tended to be Ivy League elitists, appreciating nuanced concepts such as Reaganomics and rugged individualism.

But in 2012, something shocking happened to the black community.  Traditionally, African-American communities are steeped in conservative church values, oft decrying homosexuality as a sin.  It is truly rare to see a gay black person.  The CDC estimates that for every 100 black men, only 2.3 are professing gays.  And when speaking of secret or agnostic homosexuality, statistics find only 1 out of 100 black men fall to such a category.

But in 2012, all of these numbers went out the window for the black community of Maryland.  Suddenly, all the African-American elite fled the state.  The community suddenly turned from good job having people to angry, frustrated people who struggled to hold down jobs.   Under pressure from Obama and likely chemical influence from chemtrails, Maryland legalized gay marriage.  Suddenly it was against status quot to not seem happy and excited to learn that two men sought each other’s foreign testosterone with the most fervent of passion.

The reality set home when the Baltimore Ravens announced they would allow the first openly gay football player — Michael Sam — a spot on their NFL football team.  For the first time, black men in Baltimore were forced to study and watch a player whose typically sculpted and chiseled gay physique graced their television in interviews and combine footage.

The men there were forced to think, “What if I see him in a bar and he hits on me.  He’ll buy me expensive drinks with his fabulous salary and then want to do all sorts of drills unimaginable to my body.  Is this okay?”

Millions of black men in Maryland became confused about their sexuality.  Was it truly okay to let Michael Sam be a Baltimore Raven?  If a gay NFL player wanted to release his pent up frustration on their backsides and pay them off with a diamond ring, was it worth it?

These are tough questions the male brain is just not designed to handle.  The result was frustration and confusion, a shameful primal lust that just wants to be let loose but instead festers back with the ominous explosive potential of a deadly volcano.

This week, all the pent up homosexuality is being released and that is why the Baltimore, Maryland, riots are just so bad.  This is the result:

Confused about their homosexuality, thousands of rioters let loose a primal rage that they had been suppressing.  Gay marriage chemtrails and lusting for NFL players caused the frustrated male populace to release their subdued urges for homosexual passion to instead be unleashed as a string of violence against police officers.

Gays has a genetic predisposition to love the products sold at CVS/pharmacy.  The over-the-counter meds go great in ‘unwinding cocktails’ that gays typically drink after a grueling day at standard six figure salary office jobs.