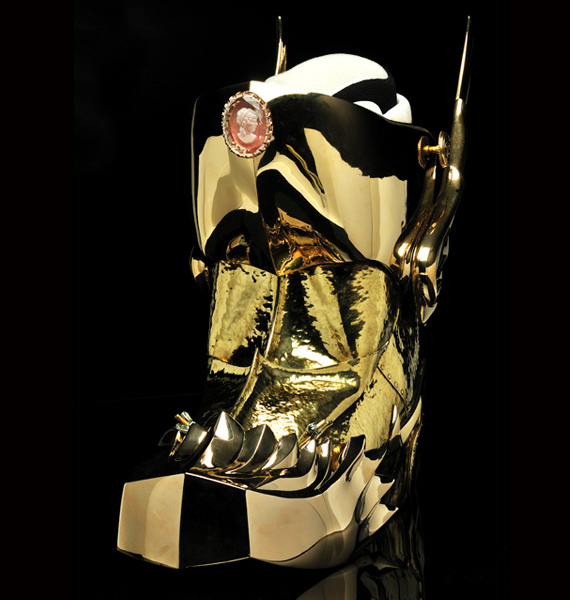 We’ve all played the game and we all know that those hover boots are awesome. As a kid I’ve always wanted a polished up pair of these bad boys. Well, one enthusiastic fan has created these fabled hover boots and they look amazing!

We all know the character, Link, gains the Hover Boots in the Shadow temple. This is a spooky kind of temple in which he finds the Hover Boots in a treasure chest. He can then use them to run over short distances to get to platforms that can not be reached by jumping or by using ordinary running and jumping techniques.

Using a Nike Snowboarding boot the maker used other materials to create the fabled Hover Boots found in Legend of Zelda Ocarina of Time. These boots are absolutely fabulous and I’d love to own a pair of them, but sadly the boots are not for sale. This Legend of Zelda fan has made these fabulous hover boots and doesn’t plan to sell them any time soon. But, maybe in about 30 or 40 years from now these boots will go into the hands of another lucky fan at a garage sale. Who knows?

What do you guys think about these boots? Would you like to show off something you’ve made from the Legend of Zelda series? Let us know in the comments.