Will Ferrell and Kevin Hart ‘Get Hard’ Over Box Office Millions That Won’t Happen: REVIEW

Will Ferrell and Kevin Hart ‘Get Hard’ Over Box Office Millions That Won’t Happen: REVIEW 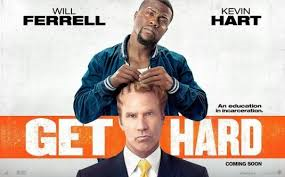 Will Ferrell and Kevin Hart, two of the least talented people in Hollywood, have come forth to reign their laughless, unfunny, and dull movie, Get Hard on audiences. As usual, Will Ferrell plays a tall, awkward, white guy who finds himself in a tall, awkward, white guy scenario. Kevin Hart plays a black character that he only wishes he could be. Both boys find themselves in an endless SNL skit that has lasted far too long. That being said, that is the movie.

The movie has been delayed an extra day while some producers had debated about even allowing the movie to proceed with the scheduled showings. The official release date instead of March, 26th, 2015 will now be March, 27th, 2015.

Are you considering wasting your money on this very unfunny 2 and a half hour long SNL skit? Let us know where you rate this trailer for Get Hard.