George Zimmerman: The President Amped Up Racial Tension Against Me

George Zimmerman: The President Amped Up Racial Tension Against Me 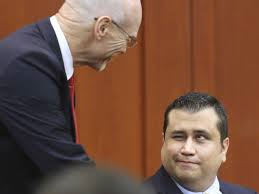 George Zimmerman is the man who shot Trayvon Martin, an unarmed 17 year old boy who was walking home while talking to his girlfriend on his cell phone. George Zimmerman said he was “standing his ground” even though there wasn’t any ground to stand. Trayvon wasn’t doing anything wrong and was simply going home. Zimmerman tackled and wrestle the boy and finally shooting him over nothing, but being a racist pig.

An interview with Zimmerman has recorded him saying that he faulted the media for portraying him as a racist and the criminal justice system for bringing him to trial but saved his harshest criticism for Obama, whom he accused of trying to prosecute “an innocent American.”

In my personal opinion I think that he should serve some serious jail time and have ‘Bubba’ visit his cell from time to time to teach him a lesson about shooting REAL innocent black kids walking home. I also believe that Mr. Zimmerman has a little bit of Jew in him and that is why he has been getting out of these certain situations that could easily land anyone else in jail for life!

So what do you all think about George Zimmerman’s statement about the President? Were they racist? Did he say too much about our President? Let us know in the comments.