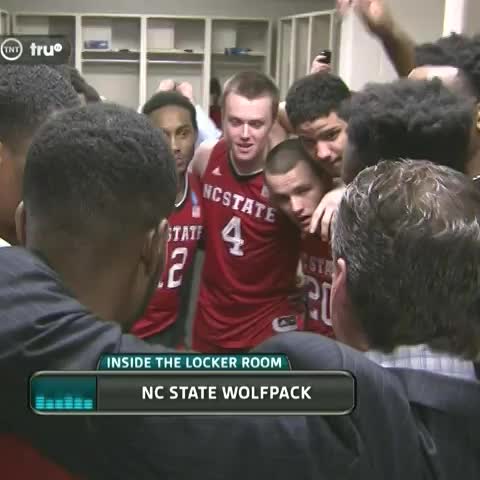 There a difference between ripping on the President because he sucks at his job and calling him things because you feel like it after a winning game. At the very exciting NCAA games this evening the N.C State guard called out the President, Barack Obama, with an expletive in the locker room after the game was won.

It was clearly a playful moment in a winning locker room, but it’s still pretty funny that was the first thing that came to Barber’s mind after his team pulled out one of the biggest upsets of the tournament.

Barber isn’t the first one to call out the President this weekend. Georgia State head coach Ron Hunter joked that he hopes Obama makes better decisions in office than he did when he picked Baylor to beat Georgia State.