Top 3 Rappers That Should Quit Rapping and Retire Already

Top 3 Rappers That Should Quit Rapping and Retire Already 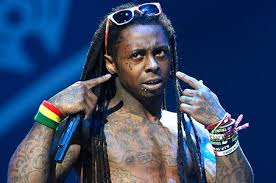 We’ve all heard that obnoxious booming and rattling of every high school and college kid’s car trunk when they drive by the house or pull up at a stop light. It’s incredibly annoying and isn’t making them seem very educated. But, honestly it isn’t their fault. The people they idolize and look up to for guidance have no respect for who their fans are and what kind of impact their “music” has on them.

I thoroughly believe that these rappers need to just quit their “careers”. They are ruining the young lives of these kids that have all of the potential in the world to better themselves in a real career. These kids can have a better life than messing around with some young thing, getting her pregnant and then going on Maury to prove who the father is while listening to rappers that messed their life up in the first place.

So here are the top 3 rappers that need to quit their “careers” and retire to their houses on the hill.

Lil Wayne: Dwayne Michael Carter, Jr. (born September 27, 1982), known by his stage name Lil Wayne, is an American rapper, songwriter, and entrepreneur from New Orleans, Louisiana. In 1991, at the age of nine, Lil Wayne joined Cash Money Records as the youngest member of the label, and half of the duo The B.G.’z, alongside fellow New Orleans-based rapper Lil’ Doogie.  As we can see his life was doomed from the start.

He clearly has no talent and should go back to his home to take care of his own health problems. Never has he had a single recording with even the fakest of talent. He has also had a hand in ruining the President’s life and even influenced him in speeches to the American people. So, with that being said, Lil Wayne should just stop not being talented and go home to retire.

Pitbull: Armando Christian Pérez (born January 15, 1981), better known by his stage name Pitbull, is an American rapper from Miami, Florida. His first recorded mainstream performance was on a solo track from Lil Jon‘s 2002 album Kings of Crunk, which featured Pitbull rapping over Jon’s production. Not only is his rapping bad, but it doesn’t make sense (which is saying something here).

Pitbull has been the downfall of many kids’ lives and he has personal performed at their parties only to influence his confusing lyrics upon open and naïve ears. He need to quit doing that and retire far from the Americas.

Kanye West: Kanye Omari West (/ˈkɑːnjeɪ/; born June 8, 1977) is an American rapper, singer-songwriter, record producer, director, painter,[1] entrepreneur, and fashion designer. let’s just say first of all, that Kanye is the worst fashion designer out there. I’ve seen his fashions and they’re awful. Kanye is the worst artist ever. And we’re just going to leave it at that. After the birth of his child, North, Kanye has continued to drown our youth’s lives in his “music”.

He isn’t influencing anyone with his constant whining about life and beating up other people who talk about his family. But, Kanye should have thought about that before he married someone who is famous for nothing but having sex on video. Thus, Kanye needs to retire to the shadows and never be a bad influence again.

Those are the Top 3 rappers that made the list. Do you think someone else should have made the list? Let us know in the comments.