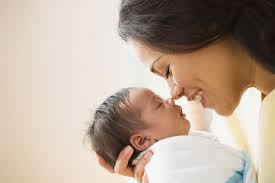 According to a study done with 3,500 some adults who were breastfed when they were born they’ve raked in more money and have a much higher chance of having a higher IQ than that kids who were not breastfed.

Scientists and lactation experts from all over the world have also found that mothers who breastfeed their babies for a full year after birth have a great chance of their child making $100 more than children who were not breastfed or who were breastfed for shorter periods.

In fact, a longer period of breastfeeding was associated with particularly good results: Those babies who had breastfed for a year ended up pulling in about $100 more per month as adults than did those who had breastfed for less than a month. They also had IQs that surpassed the shorter-term breastfeeders by four points. The researchers used data from a wide range of socioeconomic backgrounds, the Guardian notes, and they worked to control for factors like maternal education, babies’ birth weight, mothers’ smoking, and more.

This is clearly something that has linked the factors like the mother’s IQ, home habits, as well as other factors such as parental lifestyle. The researchers all agreed that if the mother is able to breastfeed the child then she should do so for approximately a year after birth. The results will definitely be there when they grow into adults.