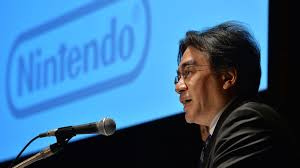 For as long as Nintendo has been around they’ve never been so easy to convince to shift their famous handhelds and home console systems to mobile smartphones and other portable media devices.

But, suddenly and very recently Nintendo has decided that now is the time to move games to the world of smartphones.

President of Nintendo, Satoru Iwata had this to say when asked by TIME magazine,

What prompted this move now, in the light of all you’ve said about Nintendo’s reluctance to craft games for smartphones?

In the digital world, content has the tendency to lose value, and especially on smart devices, we recognize that it is challenging to maintain the value of our content. It is because of this recognition that we have maintained our careful stance. However, we have been seriously and continuously considering how we should make use of smart devices. We made the announcement yesterday because we finally found solutions to the problems we identified. More specifically, we will not merely port games developed for our dedicated game systems to smart devices just as they are—we will develop brand new software which perfectly matches the play style and control mechanisms of smart devices.

How do you gaming fans feel about Nintendo’s move to put their games on smartphones and other portable media? let us know in the comments.