12 Hockey Logos that have been replaced with Pokémon

12 Hockey Logos that have been replaced with Pokémon 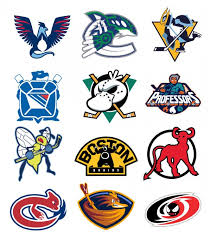 I know there are people out there who love their hockey like none other. I also know that there is ridiculous amount of people that love Pokémon like a fat kid loves cake. So why not have these two worlds collide? Why not combine the wonderful world of Pokémon with the violent and exciting world of hockey and see what happens to the hockey logos of some of the most famous teams in the NHL?

One would expect that they’d all be legendary Pokémon, but that is clearly not the case here. There is a large variety of Pokémon to choose from when it comes to picking the right ones to represent your favorite hockey team. I thought they turned out awesome and I would honestly start watching hockey if Pokémon were involved somehow and in some way. What do you think about the world of hockey colliding with the world of Pokémon? Let us know in the comments.

Jared Leto Joker is So Terrible, It Makes Jack Nicholson React with Tears

Man of Steel in Color Proves Movie Could Have Been Way, Way Better