Did Benjamin Netanyahu “Endanger” U.S-Israeli Relations By Meeting With Only Republicans?

Did Benjamin Netanyahu “Endanger” U.S-Israeli Relations By Meeting With Only Republicans? 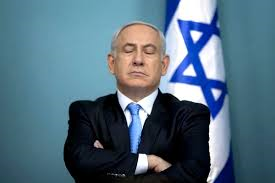 How stupid does Israel think we are? Do they assume that we will bow before their every whim? Why is our Government continually letting a country that has nothing to offer us control them? It boggles my mind! I can’t understand it!

Just look at Israeli Prime Minister, Benjamin Netanyahu. Look how smug he stands as if he has some kind of superiority over America! He thinks he has all of his little, dirty, Israeli plans in the bag and that he has full control over our government simply because the majority is Republican. This kind of things has happened because we were not united as one nation, but two separate parties who are more focused on getting rich and giving money to their “friends” than helping improve the American economy!

Earlier in the week, Benjamin Netanyahu was invited NOT by the President of the United States, but by the Republicans of congress. He then gave a speech to congress reprimanding them that “we made a bad deal”! What is this?! We aren’t children who broke a vase! We are America! We don’t need this particular ‘Netanyahu’ telling us what to do with our congress and our military. We can take care of ourselves!

So, what do you think should be done about this? Should we, as a nation, continue to allow other countries to control us and how we handle things? Let us know in the comments!