God Freezes The Ocean Waves of Nantucket, Gays Are To Blame

God Freezes The Ocean Waves of Nantucket, Gays Are To Blame 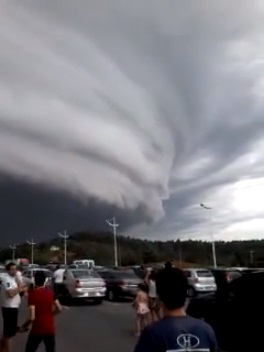 The power of gay marriage has caused God to unleash yet another wrath upon America.  As predicted and tracked weeks ago by our Christian Broadcasting Center, it seems the wrath is being channeled heavily to the Eastern seaboard of America.

A talented photographer caught the frozen ocean waves standing still (below), while at right a talented videographer saw that even ‘the clouds and sky swirled in supernatural ways’ before all of the ocean suddenly froze.

That is most likely because the gays of that area’s hearts aren’t really that into it, and they may have a good number of the gay marriage population repenting and praying for mercy.  That is easily explained, but rest assured, Massachusetts is right in that severe winter weather advisory area and there is a very high population of highly unrepentant, wealthy, loud and boisterous gay marriage couples where these amazing weather phenomena are taking place.  Correlation implies causation, so the variable source of cause of these weather patterns is quite clear:  gay marriage.