ISIS: “We Have Proof America Faked The Moon Landing”

ISIS: “We Have Proof America Faked The Moon Landing” 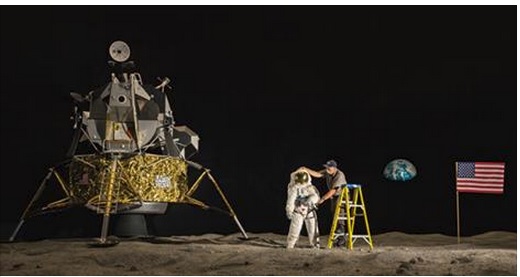 The words above are from page 4 of ISIS’ newly released “Sciences for a Modern World” schoolbook.

ISIS public schools opened in Mosul only days ago, in which the local PTO announced that AP US History and Evolutionary Science had been cut from the school’s curriculum.

Sources familiar with the teachings sent this image, which is included in the new textbook.  The image purports to show the US government working with Hollywood to create fake moon landings.

The textbook also mentions the US government and Hollywood Studios have struck a deal to fake landings on Mars and Jupiter’s Europa.