Giuliani: Obama Grew Up a Communist

Giuliani: Obama Grew Up a Communist 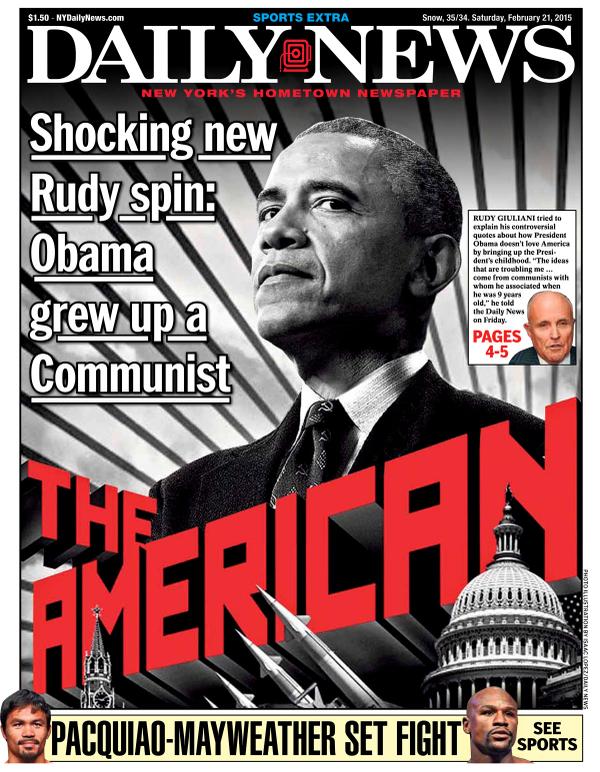 Rudy Giuliani, the ‘hero of 9/11’, came out firing insults at President Barack Hussein Obama. Giuliani made the McCarthy-esque accusation clear and loud: Obama has been a communist since he was 9 years old.

During today’s White House media brief the administration’s press secretary quoted Giuliani as ‘tarnishing his legacy’ by firing such accusations at the US President.

Giuliani, however, is standing by his strong words and remains convicted that Obama is, and essentially always has been, a communist.  Giuliani also maintains Obama has no ‘love America’.

Fox News’ Megyn Kelly was excited to ask the former New York mayor about his commentary and the possibility of recalcitrance:

Megyn Kelly: Mr. Mayor, do you want to apologize for your comments?

“I’m saying, I do not detect in this man the same rhetoric or the same love in America that I detected in other American presidents including Democrats… I’m right about this. I do not withdraw my words. “

Tags: Giuliani accuses obama of communism, giuliani obama does not love america, is obama a communist, obama is a communist