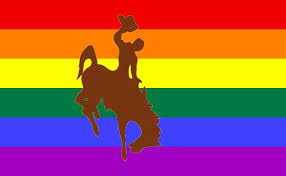 Not only is the great state of Wyoming a beautiful place with lots of natural wilderness and friendly folks, but it would seem that they are super religious. I learned today that Senate Vice President Drew Perkins (R-Casper) said that the bill struck a balance between preserving religion-based discrimination in Wyoming and ensuring some level of equal protection for Wyoming’s LGBT community, according to reporting by the Wyoming Tribune-Eagle.

“This isn’t a life that they have chosen because it’s not an easy road,” Perkins said. “And one of the reasons they do need protection is it’s not just a percentage of an increase that you find (being discriminated against); it’s multiples.”

The bill includes a religious exemption that prevents the law from applying to “any of the employment practices of a religious corporation, association, educational institution or society which has as its primary purpose religious ritual or worship or the teaching or spreading of religious doctrine or belief.”

The Wyoming legislature is dominated by Republicans, who hold a 26-4 majority in the senate and a 51-9 majority in the house. The move to protect the LGBT community from discrimination in the Republican controlled state comes in stark contrast to another move by a GOP governor this week.

Wyoming Gov. Matt Mead (R) has signaled that he may be receptive to the LGBT protections.

“When it comes to people working, I’m in favor of people working, able bodied people who want to work and are capable of doing a job,” Mead said during the KROE Public Pulse program. “I just don’t think to discrimination against them and to put them on unemployment based upon that [sexual orientation or gender identity], I think that’s a problem.” Mead has also received criticism from fellow Republicans for not appealing a federal judge’s order that allowed same-sex marriage in the state.

Just as Kansas has the Westboro gang, Wyoming will certainly have something similar arising from it’s gorgeous wilderness. What do you think of Wyoming’s decision for the LGBT Protections?