Jordon’s 6,000 Mosques Are All Solar Paneled.

Jordon’s 6,000 Mosques Are All Solar Paneled. 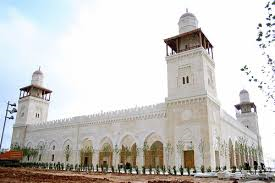 It would seem that our bomb-happy allies have made some improvements to their glorious mosques. The U.S.A would be the one country lacking in this department of solar and clean energy, but I digress.

Ahmad Abu Saa, of the Renewable Energy Department at the ministry stated “that photovoltaic solar systems for power generation will be installed at the Kingdom’s mosques under a project to be implemented in the course of this year.”

Jordan imports about 96 percent of its energy needs every year and has seen ever-increasing electricity rates to match the continually rising rate of consumption. With high electricity demands to keep worshippers comfortable for the five daily prayers, one mosque alone can expect to pay an electricity bill of JD1,000 a month.

Alayyan stated that the effort to raise the funds took around two years, but since April of 2014 the mosque’s lighting and air conditioning are now running on solar power.