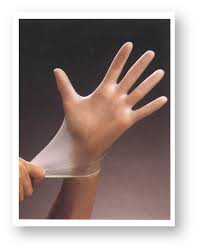 It would seem that our friendly, but quirky neighbors to the North aren’t so friendly after all. In Quebec, Canada, Education Minister Yves Bolduc said it’s OK to strip search students suspected of concealing drugs as long as it’s done respectfully and by the book.

“It is permitted to do strip searches, on one condition: it must be very respectful, ” he said at the National Assembly on Tuesday.

“There are reasons for which we can be obliged to conduct searches,” he continued. “What’s important is that we respect the law and respect the framework that was put in place (for searching students) and respect the person.”

Can I just say that there is no such ‘respectful’ method of strip searching! Especially a child! No one first of all should  ever be strip searched unless there is definite and liable evidence of said crime committed. In my personal opinion, I find that this action was uncalled for and was completely out of line. Also the parents were not notified until after the strip search was completed. I would be absolutely furious with these people and the school educational system of Canada.

Bolduc was defending staff at the Neufchâtel High School in Quebec City, who reportedly strip-searched a 15-year-old student last Thursday on the suspicion that she had offered to sell marijuana to her friend.

“It was completely, completely wrong to say that it’s OK to force a teenage to get nude just because the principal thinks that maybe she has some drugs on her,” he said. “And I would have thought that the minister would stop this and say it’s wrong. But no, no, he said it’s good and there’s no problem with this.”

News of the strip search broke in the Journal de Québec last week. The student told the newspaper that her locker had been searched regularly at school for drugs.

By her account, she had jokingly sent a text message to a friend on Feb. 12 offering to sell him “pot.” A teacher confiscated her cellphone, and the message was passed on to the school principal. After questioning, the student was escorted to a room and asked to take off her clothes behind a blanket. She was quoted as saying that the search left her feeling “intimidated,” “violated,” “destroyed” and “ashamed.”