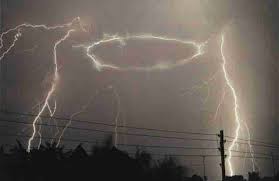 Yesterday, God’s wrath was unleashed upon America as he allowed the coldest blizzard in the history of modern times crash upon the Eastern seaboard.

A Weather Channel meteorologist was firsthand witness to the fearfully potent thundersnow phenomenon that highlighted the blizzard that’s currently wrecking havoc in the Boston region and beyond.

Our Christian Broadcasting Center broke news of the devastating blizzard’s direct relationship with the per capita gay marriage rate in the affected region. It is no coincidence that the first day after ‘gay friendly’ areas of America celebrated Valentine’s Day and all sorts of newly married male couples shared very romantic dinners and uploaded the pictures for their friends to fawn over on Facebook, that we see all of this weather immediately took place.

The Weather Channel recorded live footage of this divine phenomenon.