West Virginia Hates Obama So Much, They Elect 18-Year-Old College Girl To Be a Lawmaker

West Virginia Hates Obama So Much, They Elect 18-Year-Old College Girl To Be a Lawmaker 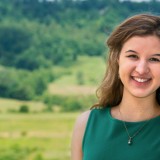 If yesterday’s elections proved anything, it is that there are Americans who hate Obama and the policies for which he stands.  Forget that the US economy is improving under Obama, there is no way to change that he supports gay marriage, universal healthcare and has black skin.  People are always going to use that as a starting ground for doing whatever they can to oppose him and hurt him, and that was a major impetus for the typical second-term retaliation we’re seeing Obama endure.

All that said, Republicans rode a wave of success last night.  Minority voters who tend to vote Democrat were lazy as usual, and traditional Republican voters showed up with other responsible Americans and voted Democrats out of office.  There was one race, in particular, in West Virginia that is quite interesting.

An 18-year-old  Republican named Saira Blair decided to be courageous and proactive by running for political office.  A freshman in college, Blair ran her campaign from a dorm room and managed to get 63-percent of the vote.  Blair beat out a 44-year-old Democrat opponent, who only gathered 30% of the vote.

Blair is currently a Spanish major at West Virginia University, where she is also enrolled in Economics courses.  Reports indicate Blair will likely defer spring classes so she can start her new job in the state legislature.

The Wall Street Journal describes Blair as “fiscally conservative,” and she “campaigned on a pledge to work to reduce certain taxes on businesses.” Her website boasts an “A” rating from the NRA and endorsements from West Virginians for Life. As a 17-year-old, Blair primaried the 66-year-old Republican incumbentLarry Kump and advanced to the general election—all while legally being unable to cast a vote for herself. Democratic attorney Layne Diehl, her general election opponent, had only good things to say last night about the teenager who beat her: “Quite frankly, a 17- or 18-year-old young woman that has put herself out there and won a political campaign has certainly brought some positive press to the state.”

There is an interesting twist to all of this.  Blair is young, far younger than any other politician who has held her office.  While she just barely became of legal age to vote, there is a chance that she is so new to the political process that she may not be poisoned by years of political bickering and partisanship.  She could turn out to be one of the ‘good guys’ going forward from this point on.  Only time well tell for this young woman, so it is important to not cast judgment on her too early in her political career.

But the take home message in all of this is that there is a major media and public backlash against Democrats right now.  While the ebb and flow of politics tends to dictate in this election cycle, with a Democrat president being in office for two terms, the nation in no major threatening war and the economy not in shambles, that Republicans get all huffed up over ‘commie liberals and their anti-Christian agenda’.

Therefore, Republicans tend to win all the elections.  If a Republican wins presidential office in 2016, look out terrorists.  America will declare war on everyone, give businesses big breaks and deregulation, gut social services to fund other government operations and appease the middle class with promises of tax breaks and child tax credits.

This will naturally destroy America’s economy, like it did under Bush, then Americans will once again be ready to vote for another Democrat in the year 2024.  Let us hope by that time two doeses of another Bush-era go for America will not be enough to knock us into a fallen 3rd world status like former superpower Russia now endures.