As You Vote Today, Remember to Vote Republican and Stop Obama From Destroying Jesus and Creating an Age of Liberal Darkness

As You Vote Today, Remember to Vote Republican and Stop Obama From Destroying Jesus and Creating an Age of Liberal Darkness 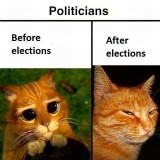 Today, my friends, America stands on the precipice of salvation and destruction.

On one side of the wall, we have a future forged by our forefathers.

We have the ability to find a path set before us by God, to lead ourselves and the lesser nations of the world unto a future of peace, prosperity and holiness.

But alas, a dark force has risen.  His name is Barack Hussein Obama, the latest Knight of Liberal Darkness.

Indeed, everything about Obama is dark but there is nothing quite as dark as his soul and agenda gules for America.

Obama wishing nothing more than to trick everyone into thinking he is a friendly, charismatic leader, but in all reality, Obama only has one end goal and it is sinister:

Obama wishes to destroy Jesus and then reign in a new Age of Liberal Darkness.

While Obama’s power has grown beyond that of mere mortal men, today America has an opportunity to injure his Knights of the Unholy Table.

For far too long, Obama and his unholy fellowship have feasted upon the hard work of hardworking Americans.  They turn the riches of the hardworking over to the poor.  They give ISUS and other terrorists our weapons and innovations.  Indeed, Obama seeks to outlaw morality and is trying to attack Christians with Ebola, to force all moral people to get the mark of the beast or die in an agonizing pool of blood.