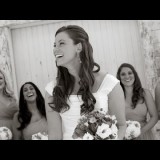 Brittany Maynard is a courageous young woman who shared her story of tragic hardship, love, fulfillment and dignity with the world.

And of course, now the world is talking.

While freedom of speech is a central tenet of what’s right in our culture, it often allows us to see some of the most deranged, mean-spirited thoughts that dwell in the minds of our fellow cohorts.  Today I am very troubled after seeing how some people are reacting to passing of Brittany Maynard, a young woman who suffered through a rare form of brain cancer that cannot be treated and torments those who have it until the day it completely consumes their life.

Like most young Americans, Maynard had a plan to live a great life.  A 29-year-old newlywed, Maynard had her life forever changed when doctors told her she had a rare and advanced form of brain cancer called gli0blastoma multiforme.  At best, Maynard could expect to live for 14 months and in those months, she would see herself decline in many ways.

Instead of going through radiation therapy and slowly dying in a life she had not yet fully lived out, Maynard instead decided to seize each and every day she had left with her family.  She formed a bucket list and accomplished as many life goals as she could in a short amount of time.  She moved to Oregon with her family, where she knew that when she could go forward no more, and when she was feeling ready, that she could pass on from this life with dignity and a cognizant love in her heart.  She died in her right frame of mind, in her own terms, able to say goodbye to her family and able to live out her final months the way she wanted to live them out.

Religious or not, who on Earth has the right to take this right away from a person?

Christians who are bashing Maynard, saying she ‘gave up’ or is not ‘suffering’ the way Chrsit would want us to suffer, just shut up.  In the absolute worst case scenario, and somehow you are right about everything, Christ would not need you speaking ill of this young woman or disrespecting her family.  Just shut up.

And best case scenario, you are wrong, it still makes no difference what you think.  The legality of the right to choose when to die necessarily has no religious implications in the United States.  The entire practice of keeping religious conviction out of politics is a great thing.  This is one of those issues where the words ‘my faith’ should not have any bearing.

Granted that political fact, it becomes an issue of evaluation:  was Maynard in her right mind?  Yes!  Did she do things on her own terms, without being pressured by some thirty party?  Yes!  Did she end her life with dignity, despite how hard it may hvae been for her?  Yes, she did.

If you want to help in this case and don’t support the right to die with dignity, please help the research into gioblastoma multiforme.  It is typically always very deadly.  Give money so others one day may not have to come to such a crucial decision making point in their life.Related articles