I recently got my flu shot and now I have Ebola symptoms.  During a visit to my primary care doctor, I was asked by a nurse if I had received my flu shot.  Since I have a newborn, she suggested that I get the vaccination.  I agreed to it despite having reservations due to all the Ebola outbreak going on here in New Jersey.

At first, everything seemed fine but after about an hour, I started to violently cough and break out in a rash.  Soon after came the diarrhea and a fever over 101 degrees.  I have not been to Western Africa, but my wife did see some suspiciously Afro-Nigerian black looking people haunting around the produce section in the store last night and without thinking my wife bought some Romaine lettuce they were handling.

So now I don’t know if perhaps some unscreened people from West Africa may have accidentally coughed on the produce, or even worse I got it from the Ebola shot.  I called and told my wife about my fate and have quarantined myself in a hotel for now.  My fever is still up and I am having room service bring me an endless supply of juice.  My will is up-to-date, I have contacted my priest to arrange last rights if necessary and I’ve created video journals set to release to my family should I die.

I’m writing to ask your prayers and to see if you have any insight as to a link between flu vaccines and Ebola.  Thanks.

Rest assured I have lifted your case up in prayer and have included you in our local prayer circle.  When prayers go up, blessings come down.

To answer your question, there is very strong suspicion that the Ebola outbreak is definitely a manipulation campaign orchestrated by Barack Obama.  He is using Machiavellian techniques to one day have the CDC blame doctors and nurses in Texas for allowing Thomas Duncan to infect them with Ebola, then weeks later he is hugging when of the infected nurses (Pham) and using her to make Governor Chris Christie look like a bad guy for requiring people with 101 degree temperatures coming from Western Africa to undergo quarantine.

Obama clearly wants this Ebola to spread through America, for whatever reason.  If not, Obama would gladly tell anyone coming from Western Africa that they had to be quarantined if they had a fever, he would have long-ago mandated every hospital in America receives proper PPE and he would have surely lead the nation in some sort of national prayer of healing.

Heartbroken Dad, please email us your temporary address.  We are going to send you some blessed water to drink as we pray for you.  By faith we can overcome anything, including this horrible Ebola (and hopefully, what is just a gastrointestinal virus by what you are describing.

Who are you rooting for in Game 7 of the World Series!

Despite the boyishly cute gaze of Bumgarner, this gal will be cheering for the Royals.  Gotta’ love the underdog plus KC is a decent city, unlike San Francisco.

What do you think the greatest threat for America will be in 2015!

My actual fear for 2015 involves a healthcare crisis in America.  This winter, with Ebola on everyone’s mind, the nation is poised for disaster.

There are still millions of Americans without health insurance and very much income.  During the cold and flu season, it is hard to distinguish between respiratory illness (such as the flu) versus gastrointestinal illness for the common person, especially when we put something like Ebola on the table.

This winter millions of uninsured patients may flood into hospital emergency rooms, the only place where they are guaranteed to get medical treatment.  It can be hard for an emergency triage staff to manage dozens of potential quarantine patients a day, especially when screening cannot be done before arrival.

Therefore, if an Ebola outbreak does occur, one hospital will experience potentially catastrophic overload of patients.  If the hospital staff is being overwhelmed at put at risk, how long before they stop showing up to work?  Patients will not stop coming, hospital ERs cannot close their doors and it takes a full team of people (from housekeepers to doctors) to manage an Ebola crisis.  We have seen nurses infected nationwide and that can become a lot worse.

It is my hope and prayer that before December, America is experiencing a full month without any new Ebola cases and we put better protocols into place to keep Ebola cases out of America.  Otherwise, we have one very dangerous and economically disastrous winter ahead of us. 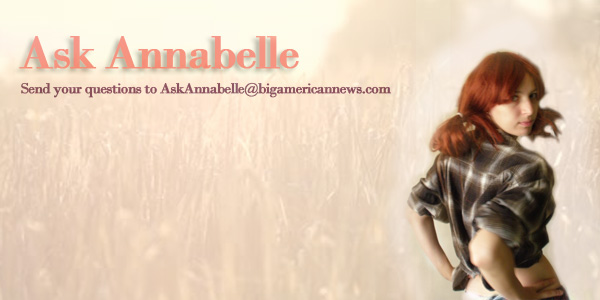 As for me and my country, we WILL serve the Lord! And if you don't like that, you can just get out smart alack!