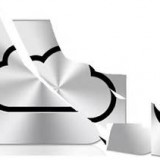 What a bunch of rotten apples for over 100 A-list celebrities tonight.  Women from Jennifer Lawrence to Kirsten Dunst are seething with anger after the communist Apple iPhone cloud was breached possibly by Russian hackers.

The images surfaced late Sunday night and have since spread like wildfire through social media.  Twitter has implemented rarely seen ‘martial law’ by blocking certain keywords and posters from posting onto its site.

When this story first came across the news wire it was easy to imagine that the celebrities were ‘suffering’ from ‘leaked photographs’.  But this is the real deal and as any decent person would tell you, this is what happens when you trust your saucy photographs on the inherently communist ‘iPhone cloud’.

Look at the raw anger and shock:

My anger matches that of all these 100 women who are victimized and now being made to show their privates online.  Ordinarily, I would say they had it coming to themselves by not constantly keeping their secret parts covered up and veiled as the Bible instructs, but this time I have sympathy because this entire communist concept of ‘cloud storage’ is to blame.

My interns tell me that those who go onto Reddit.com and use the right combination of sinful search terms can easily find this pictures and do the ‘fapper’ to them.  I have no idea what this means, but it can only be something sinister and immoral.

A partial list — with no pictures out of respect — of those victimized was published by The Mirror.

The other thing I cannot help thinking is ‘okay, so Obama loves to use Apple iPhone and the communist cloud storage.  What happens if he gets some leaked pictures?’

Could you imagine if Michelle Obama and Barack-0 were sending the naughty photos to one another, trying to do some sort of primal flirting on the taxpayer dollar?  If these Russian e-terrorists got ahold to those pictures, what could they make Obama do to not force their hand?

Vladmir Putin literally attacked the Ukraine and killed hundreds of their troops one hour ago.  Any real American president would have licked his chops and used that as an opportunity to declare war on Russia.  Our allies would cheer as America rained high-tech bombs upon the Kremlin and Putin begged for forgiveness, but the offensive would not end until the people there were freed from their communist masters and pseudo-capitalist puppet government.

But it is no coincidence that only a day after the Russians release all the pictures to cause a stir in America, that they decide to invade the Ukraine and kill 100s of innocents there.  Obama cannot do anything because he knows Vladimir Putin has a Poloroid of Michelle Obama doing the pantsless cat in heat pose for Obama and I can only imagine what else these people are taking on their phones and throwing ‘into the cloud’.

Conclusion:  do not put your secret parts into the hands of communism.